Built and Make of the 2020 Buick Encore

The Encore model series from Buick has secured its own supremacy in its own segment of small crossover SUVs since its launch date. Today the model has its 2020 year edition running on the roads and are well appreciated by auto experts as well as users around the world. The 2020 Buick Encore model comes with its own set of value packaging that has included not only a good passenger hauling space of comfort but also ensured a performance that anyone who rides, or drives will long for.

The 2020 edition of Buick Encore being the strongest-selling models of its manufacturer, is now ahead of competition from many of its rival models opined the seller of an Idaho Falls Buick dealer. He further added that the 2020 Buick Encore has one of the best built and make in its own class that led to its stable success and being one of the bestselling models in the market.

The 2020 Buick Encore looks smarter with its latest exterior design that also speaks of its reliable nature as a small crossover SUV. The body is built on a solid base that automatically draws the attention of the passerby, and its aerodynamic design adds a modern flavor to its overall appearance, wherein the edge to edge finishing is a proof of the fact that Buick has always nurtured perfection in workmanship.

Inside every 2020 Buick Encore model lies a comfort zone that seats five occupants including the one who will handle the steering wheel. Buick has stacked up a good choice of materials that get still better on the higher trims with more number of comfort features like heated leather seats, and an upgraded stereo enabled to justify the price hike.  .

At the showroom of the dealership of  Idaho Falls Buick we also got to test out its performance which left with us a memorable drive experience.

What Has Changed This Year

The entire lineup range of the 2020 Buick Encore model series enters the US market this year with surprisingly lesser count of trim levels and has also shocked its fans by dropping down the turbocharged engine. Earlier where the powertrain included either a 138- or 153-horsepower making versions of the 1.4-liter turbocharged inline-4 engine, this year it is only the former version that you can see in the 2020 edition of Buick Encore. Car lovers and Buick supporters however justified this decision of the automaker by showing that the higher potent engine used to gulp more fuel, which is not good for the current environmental scenario. To be truthful, we did accept this justification with an open heart.

To prove the point we must let you know that with this current powertrain option the 2020 Buick Encore models are managing to score a fuel economy rating of 27 mpg from the EPA where a trip combines both the drive speed needed for the cities andand highways. This is the case when driven with the front-wheel-drive configuration while with a peppier all-wheel drive option the count might come down to 26 mpg, which we can expect as usual.

How to Deal with Auto Repair Bills 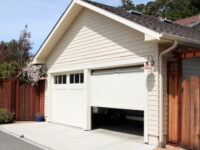 The Most Common Garage Door Problems 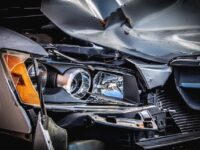