Performance and Ride Comfort in the 2022 Porsche Panamera 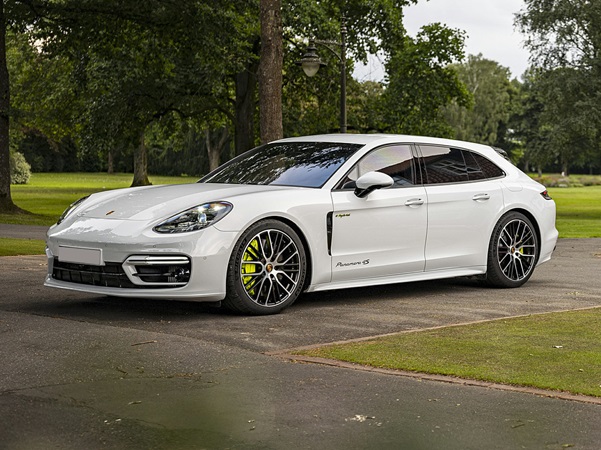 Panamera is a model name from Porsche that has always secured for itself top-ranking position in the segment of luxury sport sedans. This year, when the Porsche Panamera is getting released for the 2022 model year version, the lineup seems to have received few upgrades in many of its compartments.

This year, for the 2022 model year lineup the Porsche Panamera is going to offer its buyers a wired Android Auto feature in the infotainment section as standard while an extended-wheelbase is added in the list of optional features on the Executive trim model as well as on the Sport Turismo model.

As confirmed by the Santa Maria Porsche dealer, the 2022 Porsche Panamera will also be available in a plug-in hybrid form, while the Base and the other trims will come powered by a 2.9L twin-turbo V6 engine raising 325-hp. However, the Panamera 4S trim will move with a respectable 443 hp from the same engine while speeding up from 0-60 mph much within 4 seconds.

The 2022 model year edition of the Porsche Panamera which will most probably appear as a tamed beast is expected to shine with its mesmerizing exterior design, while its cabin luxury elements are mainly installed to enhance the ride experience matched to the level of performance, it is able to deliver. The 2022 Porsche Panamera as a luxury sedan is going to combine both practicality and performance while building up a goodwill for its reliability. The year 2022 also makes it clear that excluding the Base trim, all the other two trims can be configured as All-Wheel Drive, as standard. Moreover, both the 4 and 4S trims can also be ordered with a new 5.9-inch longer wheelbase which the automaker has named as the Executive.

The year 2022 will thus add a handful of more options to the already existing feature packages on the Porsche Panamera models, but that has also relatively increased the overall price of the models, which was not a surprise for anyone who knows the Porsche trends. That being said, we must mention the presence of the Premium Package offered in the 2022 Porsche Panamera model series that adds up a host of features to the interior cabin including a ventilated front seats, quad-zone automatic climate control, heated rear seats, all the seats having a 14-way front power feature enabled with memory settings, a 14-speaker Bose sound system, while the exterior receives a very important upgrade of adaptive LED headlamps.

As rightly justified by the Santa Maria Porsche dealership, the said level of ride comfort would not have been possible unless Porsche had prepared its flagship model Panamera with the right set of powertrain components. A 2.9L turbocharged V6 engine powers the Base and 4 trim making 325 hp and 331 lb-ft. of torque. On the other hand the 4S trim boosts up the figure to 443 hp and 405 lb-ft. of torque from the same engine mating an 8-speed automatic transmission with smooth paddle shifters. The said powertrain is able to maintain a consistently smooth body roll for the 2022 Porsche Panamera, ignoring the tantrums the unpaved roads usually throw at it.