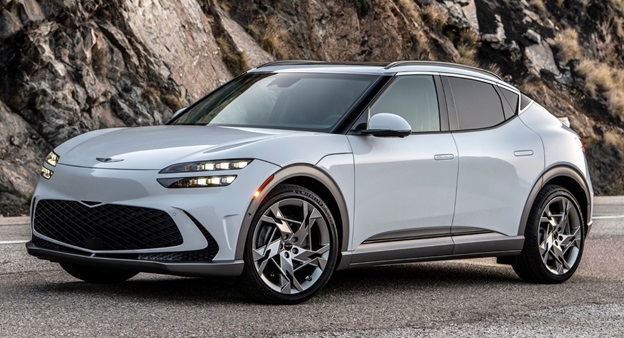 The industry of automobile is now taking a greener turn in the last few decades to compensate for the damage caused to the global environment. The trend is setting fast and most automobile manufacturing brands are focusing either on making new EVs or adding a couple of these greener vehicles to their existing lineup series. Genesis, being one of the leading luxury brands branching out from Hyundai has decided on the same, and that too at a faster pace. The new 2023 model year lineup of Genesis sees a couple of EVs while introducing a couple of them.

The new Genesis GV60 is one of the new EV models the brand has introduced for the year 2023. According to the information shared by the Radnor Genesis dealer, the 2023 Genesis GV60 model will be sharing the same platform with the Kia EV6 and the Hyundai Ioniq 5 and will be released especially for the US auto market by the spring of this year, in 2022. As per the press release the 2023 Genesis GV60 models will be built on premium materials to offer a higher level of luxury, while all of its powertrain components and driving dynamics will aim to make it powerful enough as a sturdy and rugged crossover SEV when compared to its rivals.

As declared by Genesis, the 2023 model year edition of the GV60 EV will come based on an Electric-Global Modular Platform which will be the same in addition to the fast charging facility, as they are existent in the Ioniq 5 series from Hyundai and the EV6 series from Kia.

Aiming to be a high-performance EV model, the 2023 GV60 model from the house of Genesis is built to make 429 horsepower when driven along with the AWD configuration. However, the 2023 model year edition of the Genesis GV60 series will also house a 314 horsepower-making model which will run on a dual-electric motor and with the same AWD setup.

A senior executive from the Radnor Genesis dealership said the current year lineup doesn’t end here either. You will also find in the 2023 Genesis GV60 series a 225 horsepower rated model which will come with an RWD configuration alone. This high-performing model will be able to cover 229 miles of electric range, raising about 314 hp. The AWD-powered trim models on the other hand will be able to cross 249 miles on a single charge, cranking around 229 hp.