Does the 2023 GMC Acadia Deserve a Second Look? 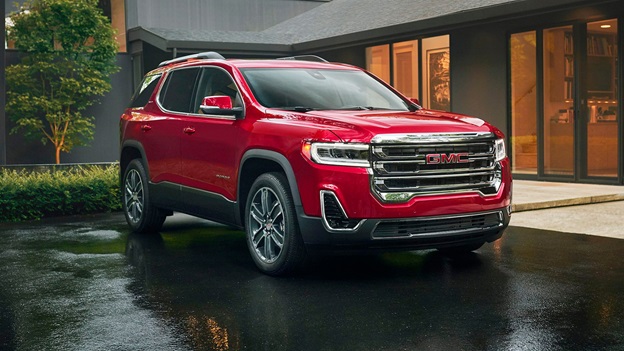 SUV is currently the class of automobile that has kept its customers amazed and appealing for the last few decades. Right from the off-road adventures to the daily commutes, from carrying a good amount of bulky items in its elastic cargo space to towing heavy vehicles like RVs, the SUVs are good at everything.

Even with their excessive price tags, these SUV models never fail to create a strong impression on the minds of the buyers with their flamboyant status. Thanks to the higher level of comfort and utility they score, even at the base trims. One such exemplary SUV model that deserves a second look is the 22023 GMC Acadia that represents its class with a bunch of eloquent features in addition to its revving performance, commented a recent buyer of the model from the Rutherfordton GMC dealer.

The 2023 GMC Acadia is an SUV model that doesn’t come with any significant changes done for this year, after its last year’s edition release for the year 2022. However, the 2023 GMC Acadia has successfully become a part of the popular family of SUVs for the following reasons as well.

The GMC Acadia stands ahead of many in the segment of midsize SUVs that got released for the year 2023. The said model claims to deliver a pleasant ride under any circumstance. All three rows of its seats are spacious enough to accommodate taller and heftier passengers with ease. Since its debut appearance, the GMC Acadia model series continued to attract the attention of aspirant buyers from several walks of life. Caged in an exterior well-rugged, the 2023 GMC Acadia manages to look stylish both inside and out. The interior cabin of the 2023 GMC Acadia is yet another reason behind its increasing popularity. With all these features up on its sleeves, the 2023 GMC Acadia makes a preferable choice for bigger-sized families who appreciates the model also for its engaging entertainment system.

The new 2023 model year edition of the GMC Acadia series comes equipped with a bevy of standard features that counts a complete of LED headlamps, heated seats for the driver and the front passengers, an 8-inch infotainment touchscreen display unit, a 6-speaker audio system, and GMC pro safety plus with an HD rear vision camera.

Spread across four trim levels named SLE, SLT, AT4, and Denali, the 2023 GMC Acadia sets up a powertrain that consists of a 2.0L turbo Inline 4-cylinder engine as standard, while keeping a 3.6L V6 engine as an optional upgrade.